We have installed a projection net in the space between the trees at a height of 8 meters. Holographic letters were falling down on the audience like drops of rain. With a help of an optic sensor letters could feel the presence of the spectator an interact with his silhouette. 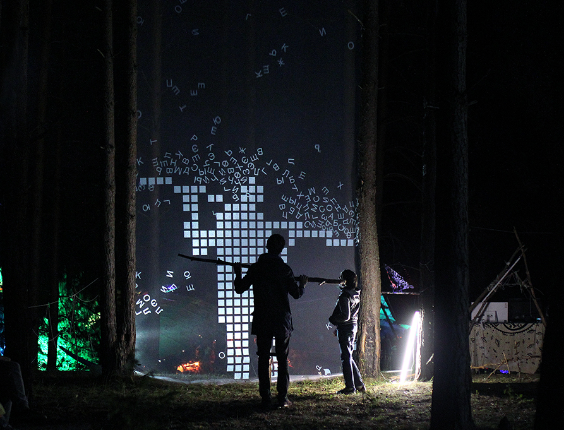 The installation was built as a volume filled with “holographic” letters. The spectator could select a letter, using the keyboard, and the program picked up a specific message for him. 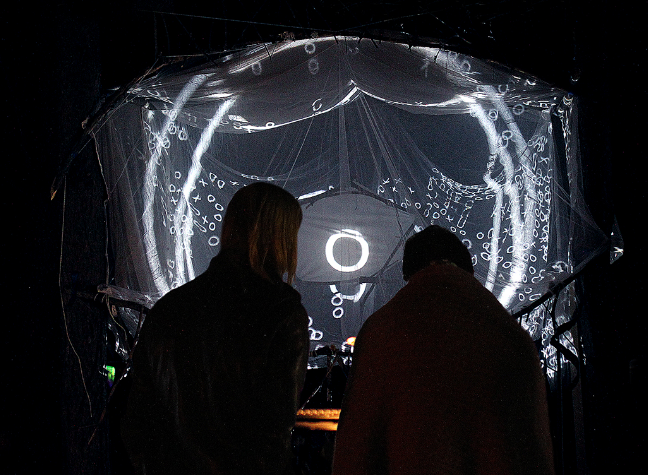 Two lamps were mounted on a tree trunks. The lamps glitch was synchronized with the holographic letters, which were slowly constructed in the space between the lamps. 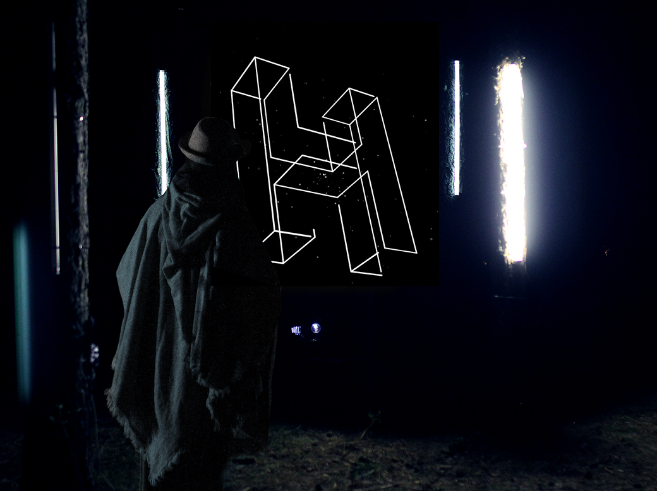