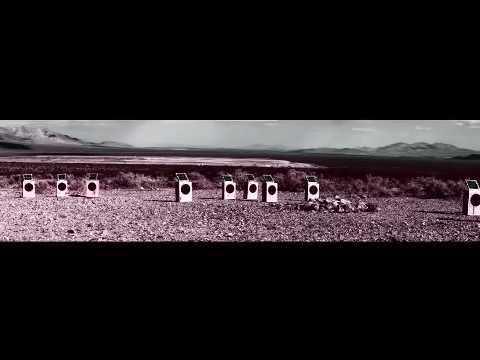 As a musician, Craig Colorusso says he has “spent too much of [his] life in rooms filled with drunk people that are not designed for acoustics.” His recent project, Sun Boxes, may be the perfect antidote. While his previous projects, MB 89 and CUBEMUSIC created environments out of light, sculpture and sound, Sun Boxes takes environmental interaction to a whole new level: it doesn’t just surround the listener with outdoor sound, but depends upon solar power to function.

Each powered by solar panels, Sun Boxes’ twenty speakers contain PC boards with recorded guitar notes loaded and programmed to play continuously in a loop. Collectively, these guitar notes create a Bb chord. Because the loops are different in length, once the piece begins they continually overlap and the piece slowly evolves over time.

“Sun Boxes began last year. David Sanchez Burr, friend and collaborator of many years, called me up one day and said, ‘Yo, we’re doing a residency in the desert. Make something solar,’” Colorusso told Motherboard by email. “My conscience led me to solar,” he explained. “The politicians and scientists discouraged me. In the end I stumbled on to something bigger and more beautiful than my conscience, scientists, and politicians.

The result is an expansive, profound installation, one he hopes to expand to 100 speakers in the near future, if he can find the resources. “Currently, I hustle as a carpenter to make money but would hope to do this full time.”

Amidst all of his research into solar power and global warming, the one thing Craig kept coming back to was the simplicity of the project. “I’m here and the sun is here, let’s make something together. I see a lot of people want to control art or dominate it. That’s just not possible when one collaborates with nature.

People are encouraged to walk through the piece, and the composition seems to change as they do so. It also changes depending on power – so a morning walk through will vary from an afternoon one. At night, there’s no music at all.

It’s a reminder of temporariness, the idea that everything ends, and of our interconnectedness. “We are all reliant on the sun. It is refreshing to be reminded of this,” Colorusso says. “Our lives have filled up with technology. But we still need the sun and so does Sun Boxes.”