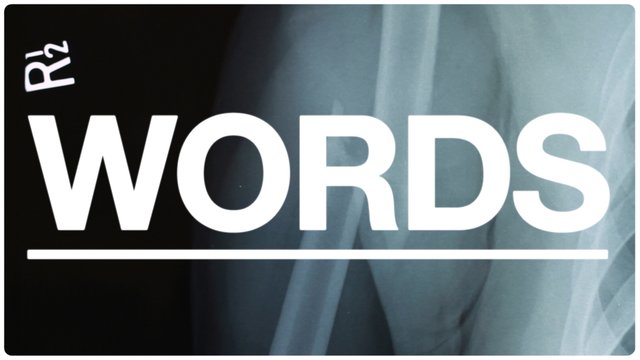 “Our friends at Radiolab were making a show about ‘words’, and they wanted us to make a companion video.  Upon hearing that the subject for the show would be ‘words’, we immediately thought of the big books, the dictionary and thesaurus.  From there, we decided that we’d make some sort of visualizations of these books.  Pretty early on, we knew it’d play quite like a game, you could call it a “game-film”.  Starting with “play”, we simultaneously created and connected the dots, back and forth between dictionary and thesaurus.
It took a good week to write the piece out, and about a month to shoot and edit.  There were a fair amount of changes along the way, but the entire piece existed, for the most part, on paper.  Of course, when working in a realm of “planned non-fiction”, there are surprises everywhere.  Every person in the piece is a non-actor.  We made lots of phone calls and pulled tons of strangers off the street to get the subjects and actions we wanted.
To keep the whole flow fresh, we played with the detail and branches of the word associations, and the transitions between words became our glue.
It was a new way to approach the filmmaking process, and it made the whole thing fun and exciting.  If you listen to Radiolab, you’ll find that sort of curiousity and positive energy is gushing, so it was a breeze for us to play with it.”