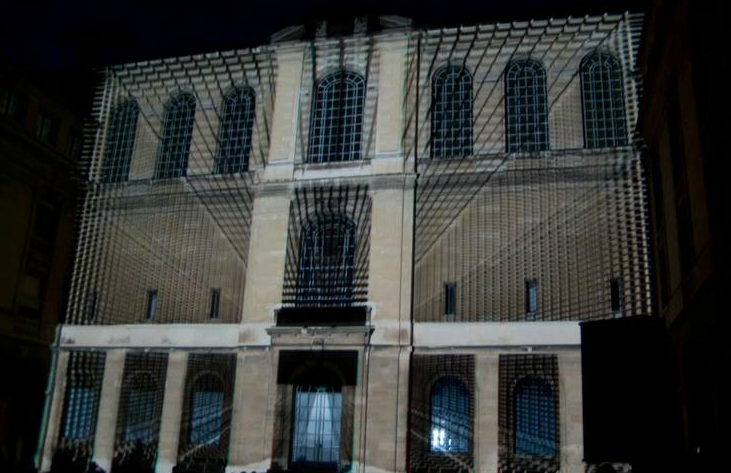 “The stereoscopic content was fully created within 3d softwares, not in post production. The stereoscopic effect is coming from two renderings from two different (virtual) cameras. The final content was composited into one video file. So, the projectors projected the same signal. We used 2 Christie projectors of 20K each, stacked (or converged) in order to increase the light power. Doubling the projectors is always a good thing, but here was a necessity too, since the anaglyph glasses “took down” thousands of Lumens. We used 0,8 lenses, since the distance was really small, this has also negatively affected our light power, so this was the second reason to have 2 projectors instead of one.
The biggest technical issue we had in this project was to define the good inter-axial distance of the virtual cameras we used, because the viewing distance between the audience and the facade of the building was very short. Well, the final effect was still as watching stereo from the first row in Imax.”