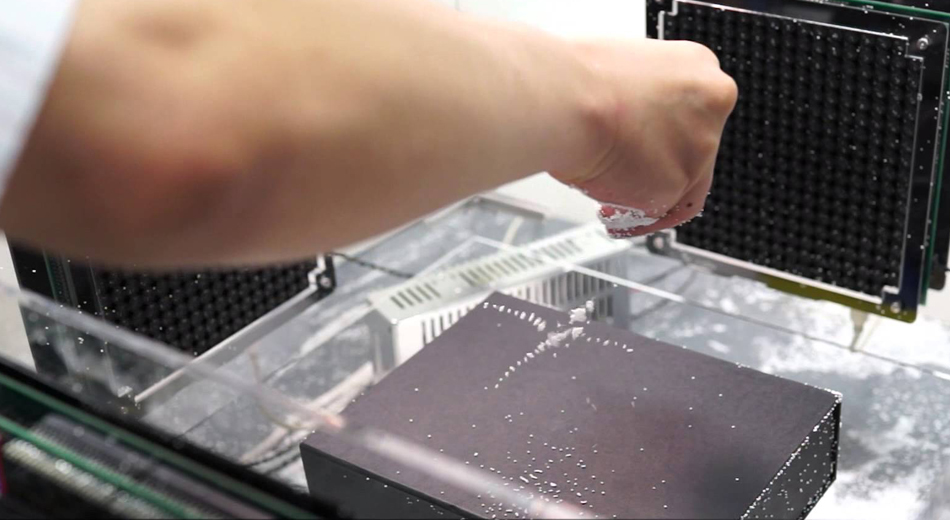 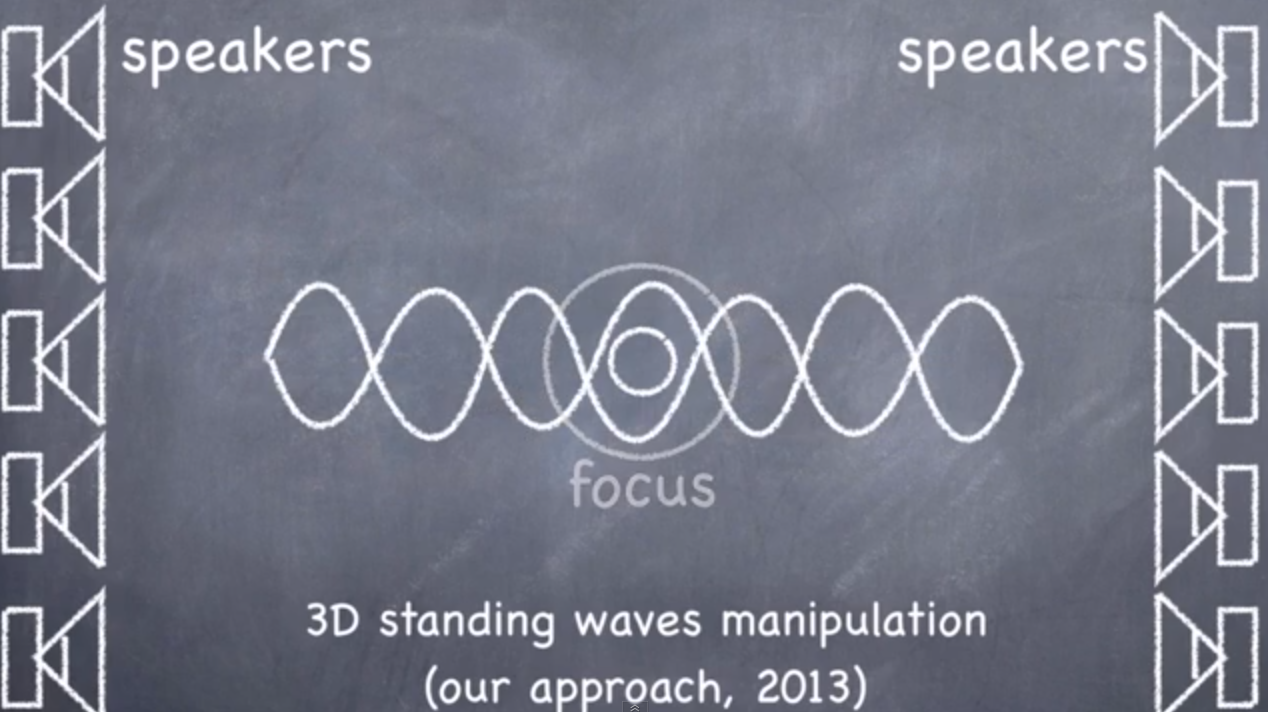 The essence of levitation technology is the countervailing of gravity. It is known that an ultrasound standing wave is capable of suspending small particles at its sound pressure nodes and, so far, this method has been used to levitate lightweight particles, small creatures, and water droplets. The acoustic axis of the ultrasound beam in these previous studies was parallel to the gravitational force, and the levitated objects were manipulated along the fixed axis (i.e. one-dimensionally) by controlling the phases or frequencies of bolted Langevin-type transducers. 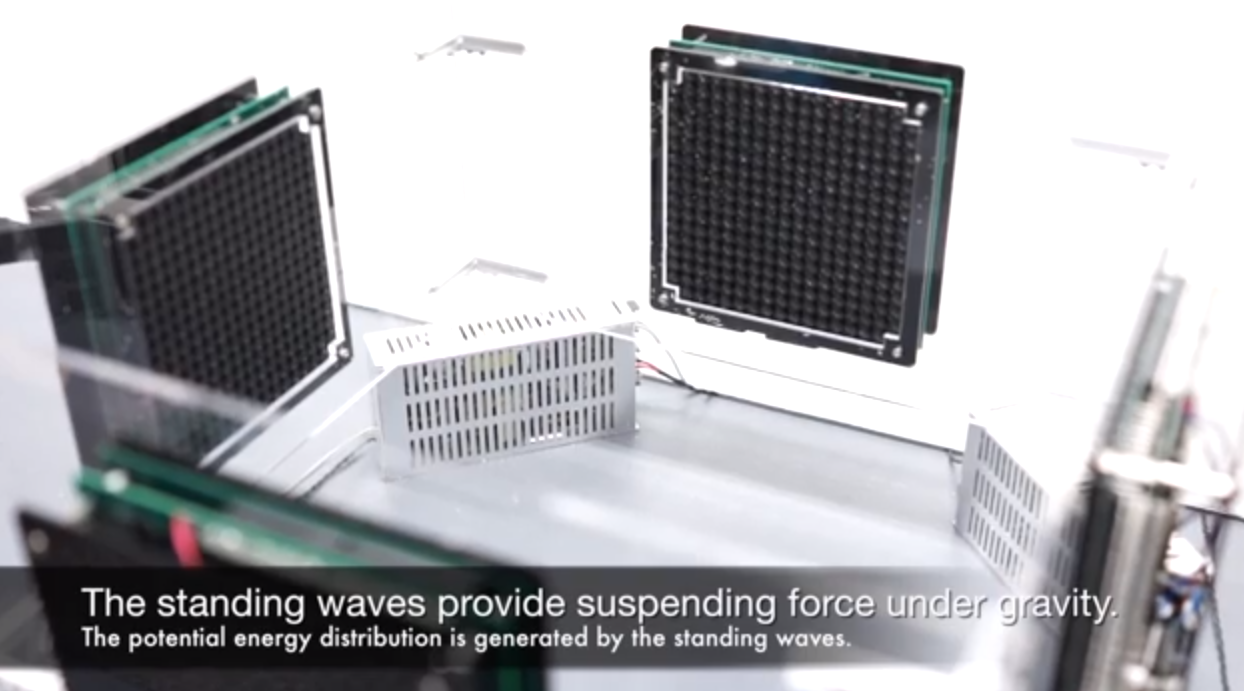 In the present study, we considered extended acoustic manipulation whereby millimetre-sized particles were levitated and moved three-dimensionally by localised ultrasonic standing waves, which were generated by ultrasonic phased arrays. Our manipulation system has two original features. One is the direction of the ultrasound beam, which is arbitrary because the force acting toward its centre is also utilised. The other is the manipulation principle by which a localised standing wave is generated at an arbitrary position and moved three-dimensionally by opposed and ultrasonic phased arrays. We experimentally confirmed that various materials could be manipulated by our proposed method.